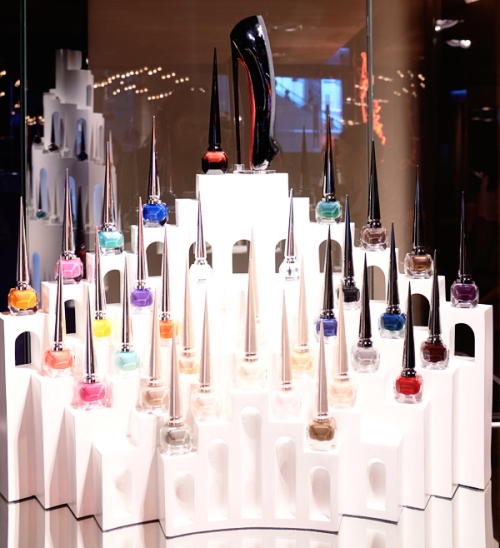 Would you pay HK$450 for a nail polish? (International readers – that’s approximately US$58 or GBP£36!) Well, now’s the time to find out as Christian Louboutin’s nail polish line has just launched in Hong Kong.

First things first, these are no average nail polishes. The bottles – with long pointed caps reminiscent of a sharp stiletto heel, and chunky geometric cut-glass bottles – are practically works of art in themselves. The signature polish in the collection is the Rouge Louboutin, which is of course based on those all-iconic red soles and boasts a longer black cap (designed to be the same height as Louboutin’s tallest ever heel, the Ballerina Ultima) with a beautiful ombre tinted glass bottle. 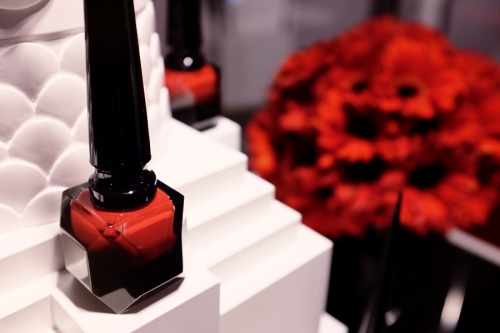 Fashion legend has it that Louboutin’s very first red soles were created by him painting red nail polish directly onto the shoes… so it’s kind of cool that things have now come full circle and the brand is actually producing the lacquer itself!

The rest of the thirty nail polish colours are inspired by shoes from Louboutin’s collection, and currently divide into three main collections – the Nudes (pretty ballerina hues), the Pops (bright rainbow shades; shown below) and the Noirs (vampy velvety colours). There’s also a Manicure Care Kit, comprising a Loubi Primer (fancy word for base coat) and Loubi Gloss (fancy word for top coat) that costs $480 for the set. 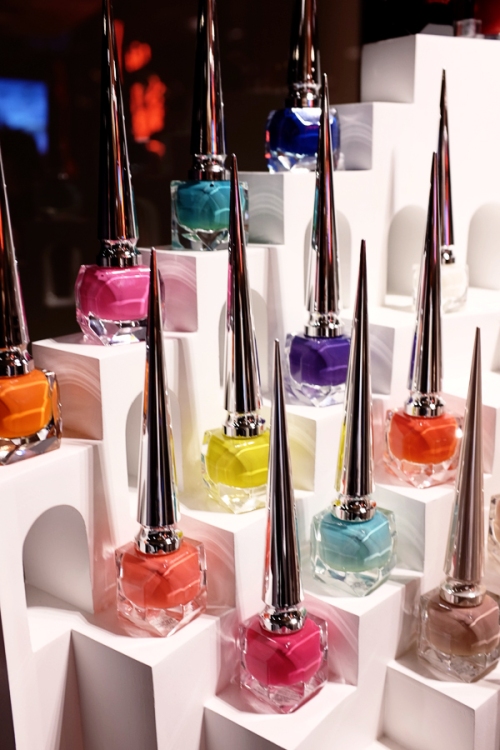 Rather than being stocked in beauty departments, the Louboutin nail polishes are being showcased strikingly alongside the shoes themselves in Lane Crawford and Louboutin boutiques in Hong Kong, on stunning rotating white cityscape displays. This really shows how much of a symbiotic relationship there is between the shoes and the polish; there’s even an awesome shoe print that features splayed hands with perfect red manicures – it’s basically one classy fashion riot. 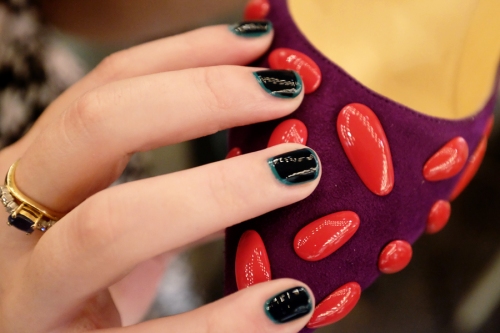 I was lucky enough to be invited to Louboutin Beaute’s launch event, where the good folk from The Nail Library were dishing out designer-inspired manicures so we could experience the goods first-hand. The polishes are all three-free and the shades I tried – Lady Twist (a deep Prussian blue) and Ni Toi Ni Moi (a medium teal) – were nicely pigmented, opaque in two quick coats and gorgeously glossy once on. I’m not sure how easily I’d be able to wield that weapon-esque brush on my own though! 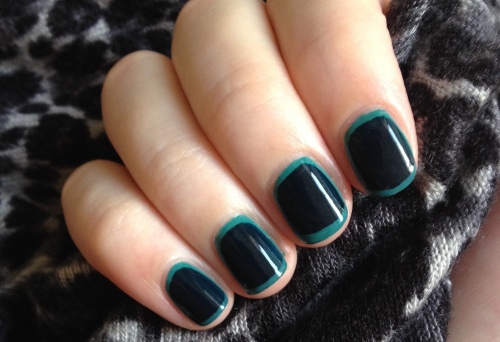 I was head over heels in love with the final result, and received SO many compliments on my mani afterwards. The design was chic but quirky and the colours were a perfect combination – understated sophistication but still majorly eye-catching. The polish lasted largely chip-free for about a week or so, although my more-in-use right hand saw a few dints within a couple of days.

My fashion blogger bestie Sabrina went for this unusual halfie design using the Rouge Louboutin, shown here holding the Ballerina Ultima heel (a sneakily perfect choice to avoid obvious outgrowth!) – and I think if I were to splash the cash on one of these lacquers, this would probably be the one. Every polish collection needs a failsafe red – and they truly do not come much more iconic than this one!

That being said, the bottles – although beautiful – don’t exactly lend themselves to easy storage with the rest of my stash. They do have a good weight to them, which led Sabrina and me into wondering if we could pass them off to unhappy boyfriends/husbands as paperweights… and therefore stationery… and therefore essentials. Essentials that cost $450 – hrmmm… not sure how that’s going to fly! 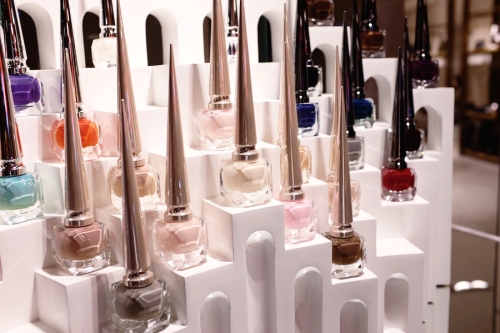 It remains to be seen if I’ll cave into buying the Rouge Louboutin; as yet, none of the rest of the colours looked quite unique enough to tempt me away from my usual polish brands given the price difference – although if I was a nudes girl, I’d probably be swayed by that entire collection as it’s so softly, swoonsomely romantic (shown above).

These are the kind of nail polishes that would be absolutely amazing to receive as gifts – HELLO ANY FRIENDS AND FAMILY READING THIS. And frankly, given I’m never likely to own any Louboutin shoes in this lifetime, a comparatively more affordable bottle of lacquer is a sleek way of getting that sexy Louboutin luxe factor in my life for a fraction of the price. 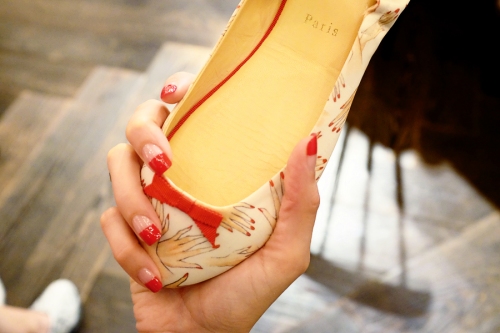 Louboutin Beaute will be launching more products in 2015 and based on this, I’m very excited to see what they come up with as this is definitely one of the most stunning and unique beauty launches in a long time. So if you’re looking for nail polish with a touch more sole than the rest with a designer heel of approval, then these Louboutin nail colours should be right up your catwalk! 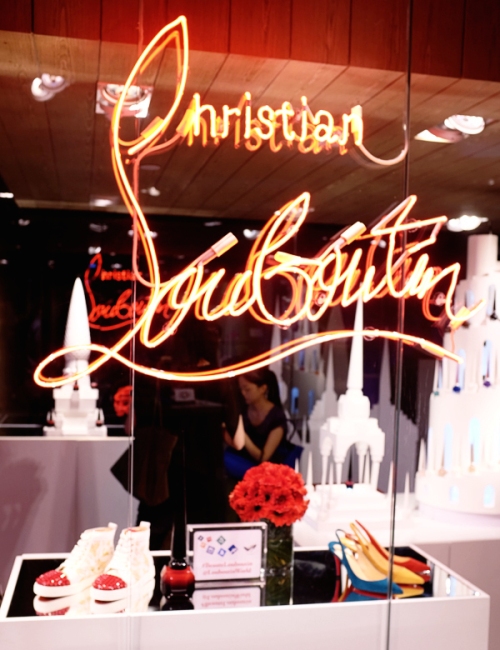 Christian Louboutin nail colours cost $450 each and are available at the following locations in Hong Kong: