Whilst it sometimes seems that the only major touring theatrical productions we get in Hong Kong are big-budget musicals and kids’ shows, War Horse makes a winning case for why great live drama deserves to be brought here and celebrated too.

One of the National Theatre’s biggest successes, War Horse ran for seven years and over 3,000 performances in the West End, winning multiple awards along the way. Adapted from the children’s novel by Michael Morpurgo, it tells the story of the bond between Devonshire farmer’s son Albert and his horse Joey, who ends up serving in World War I. 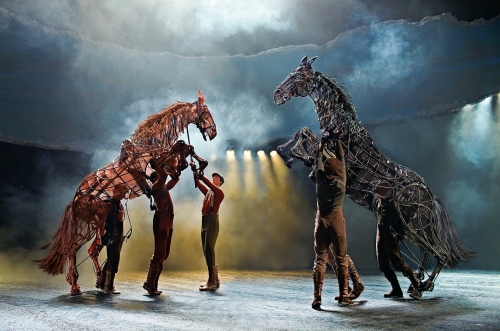 Whilst the story is relatively simple – at times, perhaps a little too simple – the real magic lies in how Joey and his equine friend Topthorne are evoked on-stage, via life-sized puppets handmade by South Africa’s Handspring Puppet Company. These beasts are triumphs of craftsmanship that are vividly brought to life by their puppeteers, three for each horse during each performance, with a team of 12 rotating playing Joey and Topthorne throughout War Horse’s Hong Kong run.

Although they are constantly visible on stage, whinnying and snorting and galloping around with very obviously human legs, it says something about the unbridled skill and talent of these actors that you very quickly forget they are there altogether. You no longer remember that the creatures you’re watching are puppets, and instead become completely and utterly emotionally invested in these masterful leather-and-cane creations. They imbue their puppets with a heart and soul that many flesh-and-blood actors can’t even manage. Honestly, I’m not sure actual horses on-stage could have felt any realer. 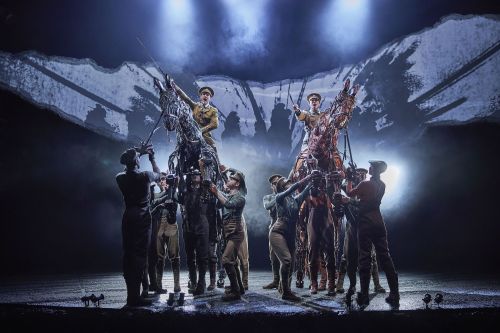 This is further enhanced by Scott Miller’s performance as Albert, who builds a beautifully convincing and tangible relationship with Joey. The moment where he jumps onto Joey and rides him for the first time is nothing short of breathtaking. I must also single out Khalid Daley’s charismatic, affecting turn as soldier David Taylor – it’s a small role but he makes every second count.

War Horse’s battle scenes are especially powerfully staged with striking choreography, lighting and sound effects; they stunningly evoke the bleakness and brutality of war without descending to gore or violence. It’s easy to see why Rae Smith’s set design, Toby Sedgwick’s choreography, Christopher Shutt’s sound and Paule Constable’s lighting have won so many awards over the years – together with the incredible puppetry, everything comes together to create a totally unique, unforgettable show. 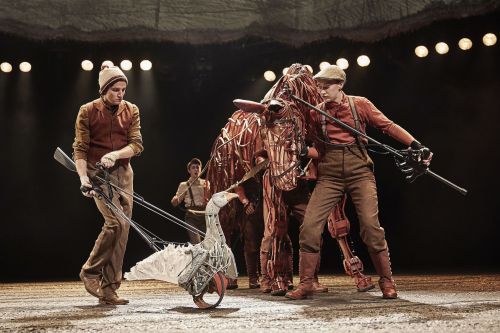 This is not the kind of play that comes along very often; it wears its immense technical wizardry lightly, creating an inventive and enthralling experience that lingers long after the lights have gone down – in fact, I have a lump in my throat thinking about it even now!

War Horse is at turns moving, uplifting and heart-breaking – and majestic proof of how magical and vital live theatre can be.

War Horse by The National Theatre of Great Britain and Lunchbox Productions is at the Lyric Theatre, Hong Kong Academy of Performing Arts, 10 May-2 June 2019. Tickets cost $395-1245 and are available from www.hkticketing.com.hk.

Note: I received complimentary tickets for the Gala Night performance of this show. Also, the picture at the top of this post clearly isn’t from the show itself – but it’s such a great photo, I had to include it somewhere!