Sick of pedestrian productions ruling the roost in Hong Kong? Well, how about a musical where the entire 30-strong cast spends the whole duration of the show on roller skates?

Yes, Starlight Express has sped its way into the Hong Kong Academy of Performing Arts – and if you’ve never seen Andrew Lloyd Webber’s most innovative musical before, you’re in for one hell of a ride.

Let’s not think too hard about the story – yes, these people are supposed to be trains… in a child’s imagination… – and instead concentrate on the sheer spectacle, which is where Starlight Express truly excels.

My favourite aspect of Starlight Express will always be its truly awesome choreography. I find Arlene Phillips a professional irritant now, but she deserves every success that was bestowed on her after managing to choreograph an entire show on roller-skates. It’s breath-taking stuff – quite literally… I felt out of breath just watching the cast! At times, you have to shake yourself to remember that all those high kicks, en sync struts and perfectly paced whizzes around the stage are done ON WHEELS… oh, and half the time with full-on bouts of singing too. No biggie.

The emotional centre of the show is Kristofer Harding as Rusty, the little steam engine that could. His rendition of the Starlight Sequence – together with the gravely soulful tones of Julian Cannonier as Poppa/The Starlight Express, and combined with a crescendo of absolutely beautiful lighting effects – is the beating heart of the show, a moment sprinkled with fairy dust from the theatrical gods. Goosebumps, here we come!

Otherwise, it’s the ensemble numbers that are most impressive (even if, in my opinion, it’s one of Lloyd Webber’s thinnest scores) – the breakdancing antics of Right Place, Right Time, the interweaving careening of Freight, the ever-reprising Rolling Stock (good luck getting that one out your head by the end of the evening) and of course, the infectious party atmosphere of Light At The End Of The Tunnel and the final medley. I also enjoyed Ruthie Stephens’ sweet performance as Dinah the Dining Car with her witty country-pastiche U.N.C.O.U.P.L.E.D, although I found Leanne Garetty as Rusty’s love interest Pearl, had a voice a little too brassy and “musical theatre” for my liking, especially on winsome songs like He’ll Whistle At Me and Make Up My Heart.

However, I do have to rant about the disappearance of my favourite song from Starlight, Only You, the touching romantic ballad sung by Rusty and Pearl. Whilst lots of the show’s other numbers are fun, Only You is, in my opinion, the emotional climax of the show, the moment that highlights the key themes of the story, and the song that really connects the characters to the audience. Instead, this has been excised for a much thinner, one-dimensional poppy duet, I Do (written by Lloyd Webber’s son, Alisdair), which is fine and might fit better into the generally uptempo score, but just doesn’t do it for me. Sad times. 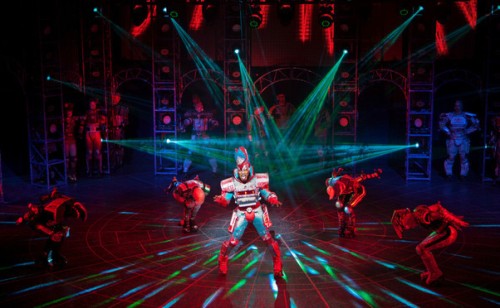 Thankfully, Starlight’s brilliant production values are still very much in evidence on the (somewhat small) Hong Kong stage; the lighting, costumes and make-up are all wonderful, eye-catching, and more than enough to make you believe in this weird futuristic-yet-retro land where trains race each other and fall in love in a child’s dreams (seriously… how on earth did Lloyd Webber ever get backing for this crazy show?!). If only trains were as fabulous as Electra and his multi-coloured mohawk, the daily commute would be much more fun! The mini 3D movies are a little bit naff – but given I can’t think of a better way for producers to recreate the infamous races around the theatre auditorium on specially-built tracks in the original West End production, I’ll give them a free pass here.

For me, the wow factor here wasn’t quite as strong as the first time I saw Starlight Express – but perhaps that’s to be expected once you’ve lost that novelty of seeing a show for the first time. For anyone feeling starved of professional, immaculately produced and high-octane musicals in Hong Kong or in need of a night of show-stopping exciting entertainment, Starlight Express is still light years ahead. 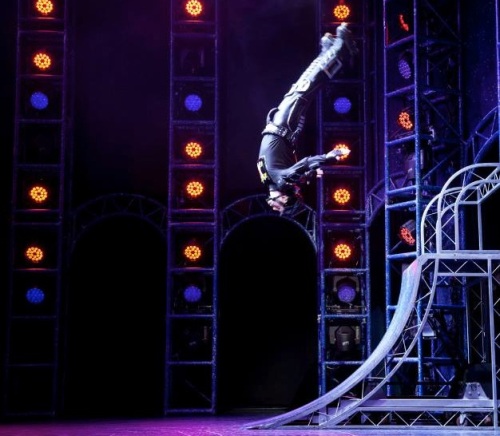 The show then transfers to Singapore from 13 November; see the website for more details