You may have worked out that I’ve been on a bit of a coral binge lately. And whilst probably not the truest coral in the colour wheel, Zoya’s Rica is too amazing not to include.

Rica didn’t even register with me when I looked at Zoya’s 2011 Sunshine Collection online. Yet in person, on a hot summer’s day, it proved irresistible. I don’t think it could get more summery unless it came wearing shades! 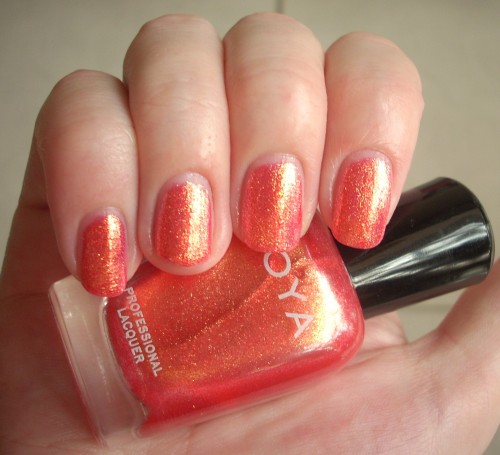 Rica is a super-sparkly, super-summery, super-super pink-tinged sunny orange topped off with a liberal dose of golden sunshine glitter. It just about fits into the coral scheme of things but when I gazed at its loveliness, all I could think of were ripe mouth-watering summer fruits. It’s like someone squeezed together the juiciest aspects of a watermelon, grapefruit, tangerine, apricot and mango, and the result was Rica.

Meanwhile, that golden sunshine sparkle is the trademark Zoya way of doing glitter. You can see further examples of it in my posts on Charla and Gloria, but it’s basically a very fine glitter that positively saturates the polish, but completely evenly and consistently, giving it an almost foil-like effect. It’s completely smooth to the touch and as such, is a very grown-up take on glitter – unmistakeably Zoya and unmistakeably awesome.

Such is the awesome sunshine of Rica, it practically glows in the dark! As you can see from this photo in the shade, that glitter really does look like sparkle directly transplanted from the sun – the sun shining down on a luscious tropical island, I think you’ll agree! In the shade, it definitely leans more towards a golden orange that reminded me of a goldfish! 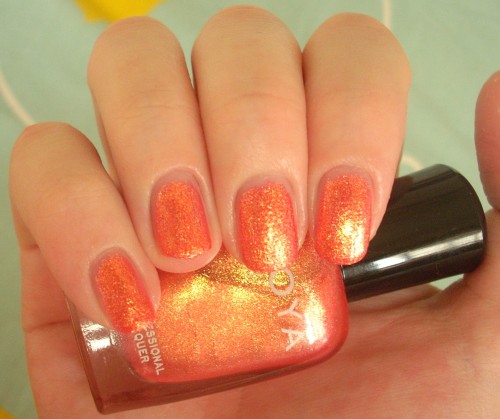 As with most Zoyas, it was fantastically easy to apply; at first, the consistency seems a little thin but it’s easy to work with and I had a beautiful smooth even colour after just two coats. As ever with Zoya, it also wears like iron – totally chip-free after over a week.

I honestly don’t think I can sing Rica’s praises enough. It’s gloriously golden, fantastically fruity and so so stunningly summery that it could probably brighten things up in the depths of darkest Antarctica (or, as it’s usually known, a typical British summer in the UK!). Pure sunshine in a bottle – what more could you ask for?! 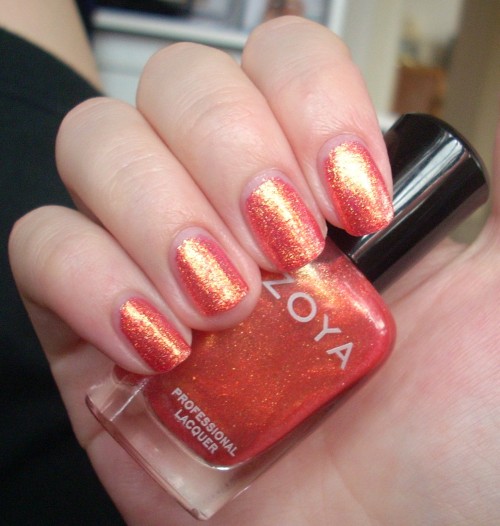