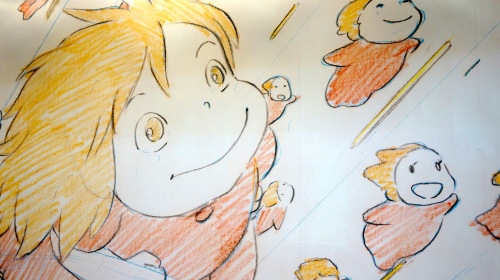 Of all the museums in the city, I seem to find myself back at the Hong Kong Heritage Museum the most often (somewhat annoying, given it’s probably the one that’s also the furthest away from me!), and the latest exhibition to entice me over to the Shing Mun River was Studio Ghibli Layout Designs: Understanding the Secrets of Takahata and Miyazaki Animation. I can’t claim to be a devoted Hayao Miyazaki fan – but like everyone else, I love Spirited Away and think Totoro is really cute, so why not?! 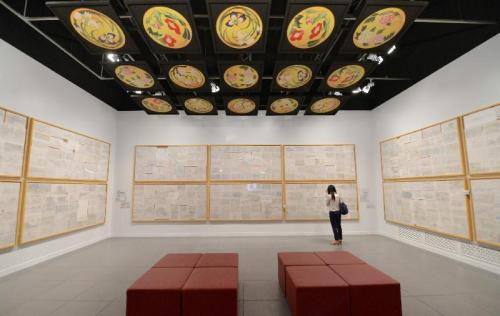 Spirited Away room, from news.gov.hk

The Studio Ghibli Layout Designs exhibition comprises over 1,300 drawings from the animation process behind the films of Isao Takahata and Hayao Miyazaki – from their earliest works on television shows like Heidi: A Girl Of The Alps and Sherlock Hound, right through to the studio’s latest film releases The Wind Rises (Miyazaki’s last film) and The Tale of The Princess Kaguya.

Unlike many animation houses, Studio Ghibli continues to make all its films using traditional hand-drawn methods; rather than cute character studies, the works shown are more the backgrounds of scenes (layouts are regarded as blueprints for the film and are vital for its continuity), displaying the director’s ideas on colour, perspective, motion and other camera effects – and these sketches are practically artworks in themselves.