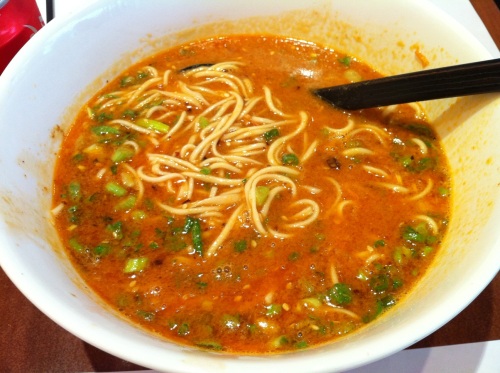 Now for a blog that’s short on pictures but long on love… a review of one of my favourite restaurants in Hong Kong, Grand Cuisine Shanghai Kitchen.

My boyfriend has a stock list of restaurants he suggests whenever I ask where we should go for lunch: McDonalds, Subway, Burger King, Express Teppanyaki and instant noodles from 7-Eleven. Yup, he’s a classy sort. So imagine my surprise when one day, having been dating him and asking this same question for at least 18 months, he suddenly threw ‘Shanghainese’ into the mix.

Which Shanghainese did he mean? Hong Kong has its fair share of good but now overrated Shanghainese joints – the New York Times apparently reckons that the Michelin-starred Din Tai Fung is one of the ten best restaurants in the world (I can think of ten better in Hong Kong!) and it regularly features on blogs battling for the title of ‘best xiao long bao in HK’ with another Shanghainese called Crystal Jade (curiously neither actually originate from China). In fact, he meant neither of these places and his choice of Grand Cuisine, tucked away near his old work place in Quarry Bay, has xiao long bao that blow those two out of the water.