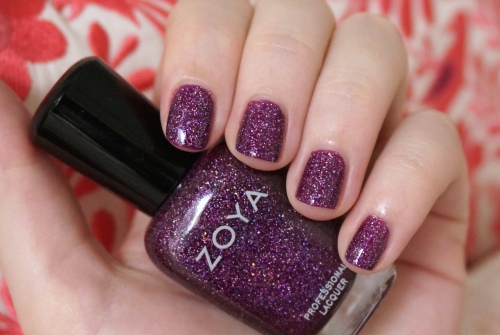 Given that Sleeping Beauty was always my favourite Disney princess, it was always likely I’d feel the urge to buy Zoya’s Aurora nail polish – and yes, I totally buy cosmetics based on the product names. Thankfully, the colour turned out to be pretty stellar. 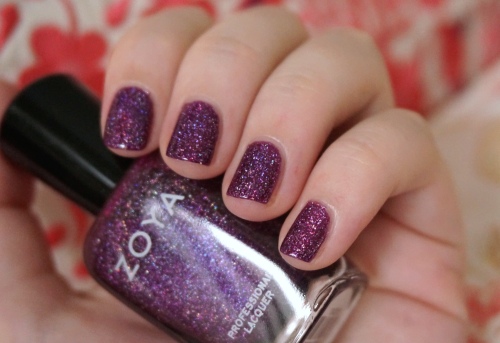 Zoya Aurora is a gorgeous sparkle-soaked sugarplum purple with a resplendent scattered holo finish (in case you’re wondering what the hell a scattered holo is, it’s the rainbow-flashing glittery effect you remember from those treasured shinies in Panini sticker books of yore). Aurora takes a red-leaning medium grape purple and then dumps a load of rainbow brilliance in there, and the results are otherworldly awesome.

Given the cosmic wow of the colour, it’s probably far more likely that Aurora was named after the mesmerising aurora borealis (Northern Lights) rather than a Disney princess, but hey – Disney magic is just as valid as Mother Nature’s special effects, right? AND it’s even sparklier in real life, I promise.

Aurora was a total (once upon a) dream to apply. Unlike many holo nail polishes that tend to leave bald patches, it flowed onto the nail easily, thin but evenly. The coverage was great too; you could probably get away with just one coat, but two just makes the brilliance even more intense. It wore reasonably well too for a holo, with the first few minor chips after three days, and enough to mean I took the lot off at around the five-to-seven day mark.

Although its sheer sparkly nature means it could easily be dismissed as a party colour, I think Aurora is way more versatile than that – it looks just as good with an LBD as it does with a jumper and jeans, bringing a touch of jewel-like glamour to your day. In fact, you could say it’s fit for a princess!