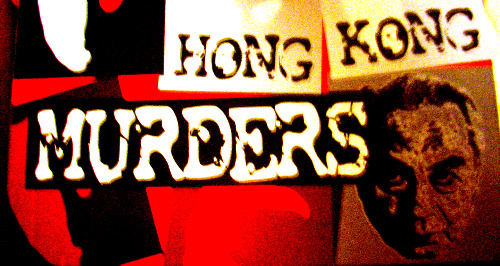 I’m hoping some people find the subject of Hong Kong Murders as interesting as I do, or else the next few posts will be really boring. As I said in my review, English-language information is difficult to find on the Internet so these posts are for those, like me, who tried to Google ‘Jars Killer’ and ‘Tuen Mun Rapist’ without much luck – and who don’t wish to spend $135 on the book like I did! I also want to specify the things that I think are missing from Whitehead’s account – maybe some reader will one day go on to write a more exhaustive study and answer my questions!

Apart from Whitehead’s book, my sources begin and end with the powers of the Web, with specific URLs given at the end of each post. That isn’t to say I haven’t dedicated a lot of time to them – my first post, about the Braemar Hill murders, has taken me days to put together. For the copious amounts of Chinese information available, I used a combination of Google Translate and my friend Adrian’s translation skills (which aren’t as good as he claimed fyi); however, there’s some difficulty in checking the veracity of these sources. Obviously they have all stemmed from some published source, given that they are ad verbatim copy-and-paste jobs, but what that source is I can’t work out. Over the years, there have also been a number of ‘True Crime’ docu-dramas on radio, television and film so it’s difficult the accuracy of these portrayals and whether they have coloured any of the Chinese accounts. I’ve given the information I found the benefit of the doubt but you’re welcome to make up your own minds.