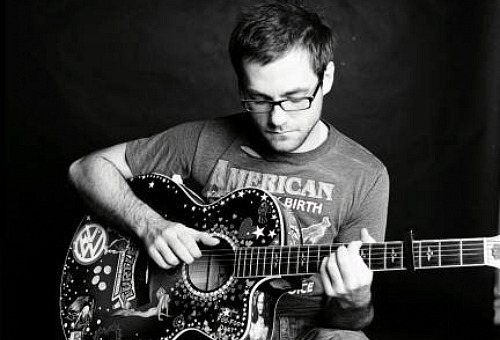 There probably aren’t that many Top 5 singles that have been practically disowned by their singer/writer, especially when they are rather beautifully-crafted pop gems that most artists would be thrilled to have had a hand in. The next GREAT FORGOTTEN POP SONG OF OUR TIME (yes, the capitals are necessary to create that epic, booming voice feel) is Ainslie Henderson’s Keep Me A Secret.

Henderson was a contestant on the first series of BBC’s Fame Academy, the short-lived rival to ITV’s PopStars/Idol/X-Factor juggernaut. He was the ‘bad boy’ of the house for ummm… pushing over a Christmas tree (this was in the more innocent age of reality tv) and from what I remember, blamed his behaviour on feeling threatened by the also young, male, good-looking and Scottish eventual winner David Sneddon, which if you’ve seen David Sneddon is tantamount to feeling threatened by a pink fluffy teddy bear. Henderson was a little bit emo (possibly before the phrase emo was invented), played the guitar and would stomp about or clutch the microphone angstily when he performed, which meant he would probably never even have auditioned for the ultra-glossy ITV vehicles, let alone got as far as appearing at the live stages.

One of the major differences between the shows (apart from the dodgy decision by the Beeb to let the other contestants have the final vote at ‘evicting’ someone) was Fame Academy’s emphasis on creating an artist, rather than a *cough* karaoke *cough* singer. Sounds pretentious but it basically boiled down to getting the contestants writing their own material, which meant come release time, we didn’t just get a slew of covers (David Sneddon’s rather nice piano-driven debut album is wholly original, self-written songs). Keep Me A Secret, penned by Henderson himself and two other contestants, was a fruit of these labours.

Keep Me A Secret is a rare case of a pop song with indie sensibilities not being a complete abomination. It features a gorgeous fluttery strings section hook, some twinkly tambourine shimmers and a properly anthemic chorus, but it’s the song-writing that lifts it up to a higher plane of pop record. It’s a song where the lyrics are overtly all about doing your best not to fall in love, where the reality of the track is that you’re just about doing everything but. Henderson nails this through expression, both in his wonderfully longing vocal performance and the intoxicating manner of the lyrics.

Other songs would say ‘Don’t kiss me’; Henderson’s says ‘Keep my kisses off your lipsticks, stop me swallowing your charms’. This unusual way of spinning a line makes it more like poetry; it’s tactile, sensual and sexy, with lines like ‘sizzle when it’s face on face, skin on skin’ and ‘don’t let embraces linger, try to keep our arms untied’ bristling with a physicality that’s all the more stirring because it’s forbidden. Elsewhere, it’s the constant push-and-pull of the lyrics that drives it – ‘I’m trying to keep you out and I’m trying to keep me in’, ‘I’ll keep you out of my dreams if you keep me out of yours’ and the brilliantly-fashioned yearning of the middle eight that deserves to be quoted in it’s entirety: ‘All I’m asking/Is for nothing/And if nothing is enough for you/Oh leave it unsaid, keep it inside your head/Under your breath…’ (Henderson keeps that last note hanging with a desperate ache)

It’s not all great – there’s a dodgy bit around the second verse where Henderson rhymes mad with ermmm… mad that always makes me cringe. But for the most part, it’s truly gorgeous song-writing married with a charming sprightly melody.

Apparently, Henderson’s other songs were considered too risqué for a major label and Mercury dropped him before releasing a second single, let alone a whole album that would corrupt young ears. So proud is he of Keep Me A Secret that it doesn’t even feature on his self-released album, Growing Flowers By Candlelight, and has been airbrushed out of existence on his official site. He needn’t be ashamed. This is one secret I’m letting you in on – Keep Me A Secret is wonderful.

UK chart peak: 5
Key lyrics: ‘Keep my kisses off your lipstick, stop me swallowing your charms’; ‘Keep me out of my dreams, if you’ll keep me out of yours’
Get more not unattractive above-average boys with guitars: Alistair Griffin – Oblivion, Alex Gardner – I’m Not Mad